The SSD M.2 format has replaced the usual SSD and has become particularly popular in laptops because of its size. However, its purchase has become a real headache for ordinary users. It should be noted that this difficulty is not in the installation — everything is just simple there (and we will talk about it later). The problem is in the selection and purchase of SSD M.2 of the necessary type. Suffice it to say that there are two types of M.2: SATA and PCIe. And these SSDs are often incompatible with each other.

To make your life a little easier, I have been making up a large compatibility table for laptops and motherboards for several years, which shows in a clear way which SSD is right for you. Find your model, and then see what model you need to buy.

A bit of theory

The M.2 format was conceived as a change of some old interfaces (mSata, mini PCI Express) and even was called NGFF (Next Generation Form Factor) at one time. Its main task is to solve the speed problem. So the previous SATA-3 «rests” on the hardware limit of 6 Gbit/s, and M.2 PCIe can speed up to 32 Gbit/s (5 times faster!). But the devil is in the details.

What’s the problem: M.2 was created as a universal standard. This means that M.2 can also support the old SATA interface, only in the form of a new socket. Do you understand the problem, right? You can have a laptop that has the M.2 socket, however it works under the SATA-3 standard. The purchased SSD M.2 of the PCIe standard doesn’t work in it. Absolutely.

OK, let’s say you have a new M.2 socket that works with PCIe. But even PCIe is divided into several types. Its speed may differ in times depending on how many PCI Express lines are connected to the socket by laptop or motherboard producer. So if you have two lines of PCIe 2.0 format, it is 8 Gbit/s, if 4 PCIe 2.0 — 16 Gbit/s, if 4 PCIe 3.0 — then these are 32 Gbit/s. By the way, AMD Ryzen systems is still more funny — the number of lines depends directly on the processor there. That is, with one processor, you will have a speed of 16 Gbit/s, and with the other — 32 Gbit/s.

An attentive reader will say — but since this is all called M.2 and the standards may be incompatible with each other, then it is probably done somehow so that the SSD of one type can not be connected to the socket of another. The correct answer is: not exactly. 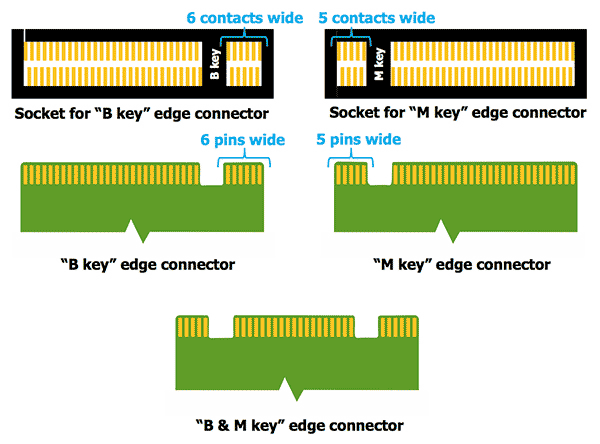 Keys were invented (the type of socket on the board) to solve the problem. As a rule, a computer with an M.2 socket uses the “B key” for PCIe x2. This does not allow to connect a card with PCIe x4 (“M key”).

But the next problem is that SSD of the M.2 format with the SATA interface also has “B key”, so it can be safely connected to the board, but it will not work. Cool, right [sarcasm]?

How difficult is it, and what to do?

As you can see, it is quite easy to get confused in all this variety. Therefore, we decided to make a small cheat sheet (based on open sources), where you can see by the equipment brand which format is suitable for you. The information is updated as knowledge is accumulated. Important: the project is not commercial. You can support it by donate a possible amount to the creators.

As for SSD models, in most cases the optimal choice is:

Depending on the size, M.2 SATA is divided into three subtypes: 2242, 2260 and 2280 (the most common). The first two numbers are the width, the second two are the length. That is, if you buy SSD with a length of 80 mm, it will not fit into the socket designed for size 2242. Look carefully at the sizes.

If you have a question about a specific device that is not listed, please write in the comments – we will try to fill in the information.

Important: the information below is for reference only and is not official! We are not responsible for the fact that the purchased equipment may be incompatible. Please check the information before purchasing it.

* Model IdeaPad Y510p exists in a modification with or without M.2.
** There are VAIO Pro 13 models with both SATA and PCIe on board. You must carefully read the instructions, or see what kind of SSD model is already installed in the laptop

How do I install an SSD in my PC

In most cases, this is easy. The algorithm is as follows:

How do I transfer Windows to new SSD for free

Аfter you’ve installed the M.2 SSD is making sure that your computer recognizes it as a new storage device. Some motherboards will do it , but when that doesn’t happen, you’ll need to manually tell BIOS that an M.2 device is connected.

The final step is clone yor operating system to a new SSD. There are a huge number of paid software products that allow to clone the system partition of a hard disk on a new SSD M.2. Many of them cost around $50 and do not always solve well their task.
We prefer the time-tested partly free product Aomei Partition Assistant from Chinese developers. In versions before 7.5.1, the SSD cloning function was available in the free version, but starting from version 8.xx, it has become available only in the paid package. This would be a problem if developers did not periodically present keys for any one version of their system. Now you can download version 8.7 and use the key: AOPR-K7X4P-Z126E-XZZUX Great offer for a one-time operation!
The migration process is described in detail on this page. 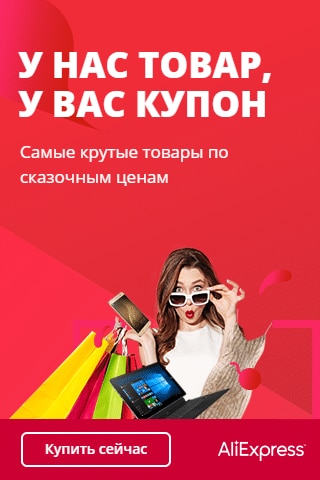